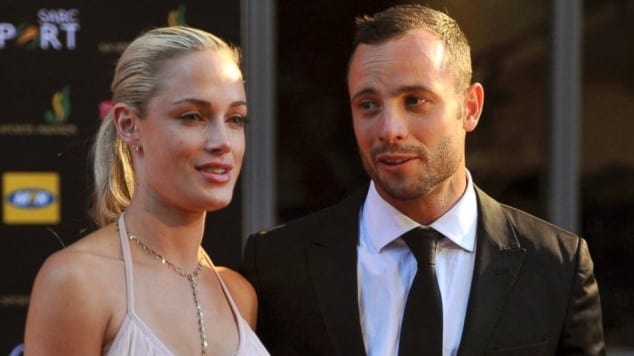 According to his psychological report, South African Olympic track star Oscar Pistorius (pictured right) did not suffer from a mental disorder when he shot and killed girlfriend Reeva Steenkamp (pictured) in February 2013, according to the BBC.

In May, the presiding judge, Thokozile Masipa, ordered Pistorius to psychiatric institution Weskoppies Hospital in Pretoria in order to undergo testing for general anxiety disorder (GAD), after a witness testified that Pistorius suffered from the condition.

Affirmative results associating Pistorius with GAD would have likely lessened his sentence in Steenkamp’s murder.

But after a series of tests, it was determined that Pistorius was not suffering from mental problems when he shot Steenkamp while she was in a bathroom. Pistorius has maintained that he mistakenly shot her because he thought she was an intruder.

Reading from the official psychiatric report on Monday, State Prosecutor Gerrie Nel said, “Mr Pistorius did not suffer from a mental illness or defect that would have rendered him criminally not responsible for the offence charged.”

Consequently, Pistorius faces life in prison if he is found guilty of murder. A lesser charge of culpable homicide would garner Pistorius 15 years in jail.