Rwandans are expected to start enjoying more power from their national grid following the recent opening of a new peat-fired power plant in Gishoma, western Rwanda, which is the first of its kind in Africa.

The project, which is said to be worth $39.2 million, is expected to start feeding at least 15 megawatts of power in to the national grid immediately.

Another major peat-fired plant, which costs $350 million, is already under construction in Gisagara, eastern Rwanda, with the Rwandan government expecting it to produce an additional 80MW by 2019. 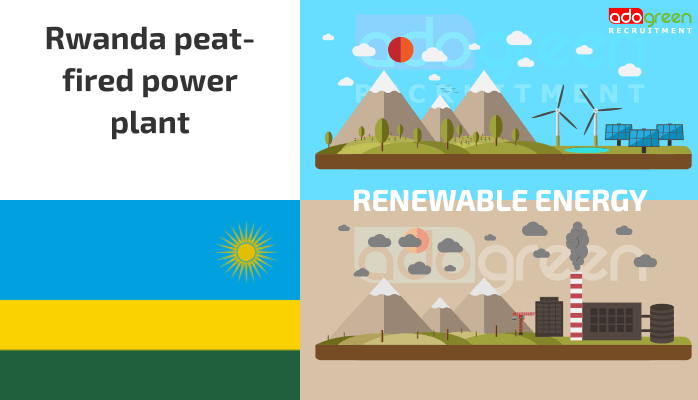 Currently, Rwanda generates 190MW of electricity, which is accessed by only 25 percent of households in the country.

But the government of Rwanda is working to improve these statistics by connecting 70 percent of the population to the national grid by 2018.

And while some critics are skeptical about the plan, the government is putting its hopes on the two peat-fired power plants to make it a reality. It also hopes to increase its total power generation from the current 190MW to 563MW in line with the national development goals.

“This will reduce Rwanda’s reliance on expensive imports of diesel oil for power generation,” writes Lydia Cole, a researcher associate of the department of zoology at the University of Oxford.

Rwanda generates its power from a variety of renewable sources, including hydropower, thermal, and methane, even as the government explores the possibility of generating off-grid power from solar in the near future. 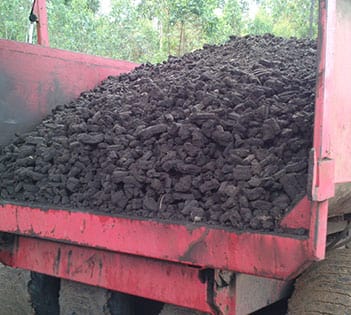 Peat being harvested and dried in the field. Photo credit: Nielsen

Peat is the mulch-like substance found in swampy areas, where waterlogging assists in slowing down the decomposition of dead vegetation.

As plants grow in the surface layer of a swamp, they absorb atmospheric carbon through photosynthesis, and when they die, the carbon is stored in the accumulating material known as peat.

This material has been found to be a great source of energy since it is made up of at least 30 percent of organic matter.

The Gishoma power plant is located right in the middle of Nyungwe Forest National Park, which scientists claim is an untouched natural rainforest that is filled with exciting biodiversity.

The park is home to a wide range of trees and orchids, including the swamp-dwelling Eulophia horsfellii.

The country also shares its border with the Democratic Republic of Congo, where scientists recently discovered about 145,500 sq kilometers of peat swamp forest in the central Congo Basin.

The majority of Rwandans are upbeat about the two peat-fired power generation plants and hope to start enjoying a low-cost power supply soon.

However, critics have questioned the sustainability of the projects since it takes thousands of years to accumulate centimeters of peat.