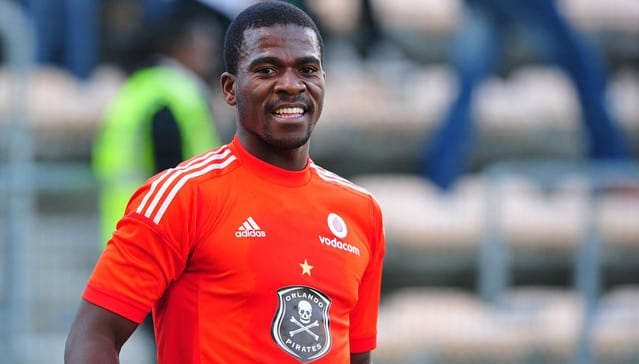 The confirmation came from a Twitter feed of the South African Police Service (SAPS).

Initial reports state that while Meyiwa was in his girlfriend’s house in Vosloorus, 19 miles south of Johannesburg, two suspected attackers entered and another remained outside presumably on the look-out.

After an altercation, Meyiwa was reportedly shot and declared dead on arrival at the hospital.

Police spokesman Lieutenant-General Solomon Makgale said there is no immediate clarity on the motives behind the attack, although some media outlets have reported that the shooting stemmed from an altercation about a mobile phone.

He assured that the police force “will do all we can to bring Meyiwa’s killers to book.”

Meyiwa, who was recently promoted to captain the national team, led the Bafana Bafana to victories over Sudan and Congo. He managed to defend his nation’s goal post by not allowing any goals to pass him in the African Cup of Nation qualifiers.

His last club game was a flawless performance for Orlando Pirates against Ajax Cape Town in which his team won 4-1 on Saturday.

In confirming the devastating news, Orlando Pirates’ chairman Irvin Khoza said, “This is a sad loss whichever way you look at it to Senzo’s family, his extended family, [the] Orlando Pirates, and to the nation.”