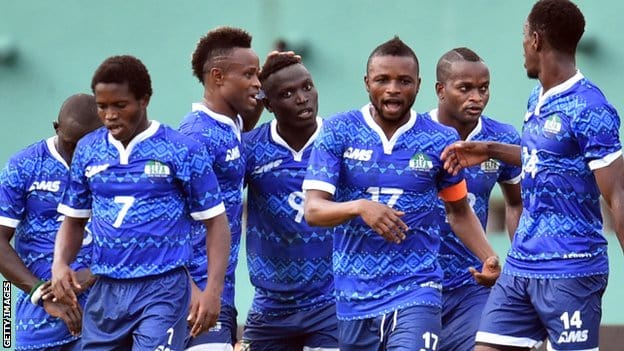 Speaking out about the treatment he and his teammates have experienced due to the stigma of Ebola, Sierra Leonean mid-fielder Michael Lahoud (pictured) said playing in this year’s Africa Cup of Nations has been “humiliating.”

Even though most of the players reportedly play for clubs throughout Europe, Asia, and the 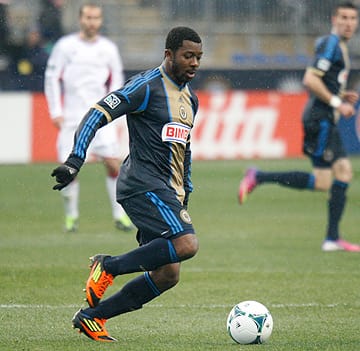 United States and have not returned to their original homeland since July, the Sierra Stars have reportedly been heckled in the stands by spectators, causing an atmosphere of ridicule and tension.

In September, when Lahoud and his teammates played in DR Congo, Lahoud says, “The reaction from fans has been brutal at times. In DR Congo 20,000 people were chanting ‘Ebola, Ebola’ for 90 minutes,” he said.

“It’s really difficult, it hurts. Most of us are not living in Sierra Leone at the moment, but we have family there so this outbreak is a very personal issue. It is probably one of the most painful experiences that I’ve gone through as a footballer.”

And according to Lahoud, even children have reacted dramatically to their presence.

“Walking through the streets in Congo and little kids that you try to give food to, running away in absolute terror of you. Mothers grabbing their kids and running away from you because they think just by you looking at them they’re going to get Ebola. It is very humiliating.”

Lahoud says he has also experienced this behavior in Zambia, where trying to travel — something that is customary to the life of a footballer — has also becomes a problem.

“Being stranded in places like Zambia just trying to get home because they won’t let you through because they automatically think you have Ebola.

“People refuse to allow you in to places because the first thing they think is that you have have Ebola. It’s pretty shocking discriminatory behaviour.”

Insulted By Their Peers

But the discrimination the Sierra Leone team has experienced isn’t only relegated to an often uneducated public. According to Lahoud, even their football peers endorse and promote this insulting behavior.

“One pretty high-profile player on another team, I heard he refused to swap his jersey and instead gave his shorts and they didn’t want any of our jerseys in return,” continued Lahoud.

“I can understand the fear behind it because of the lack of education about the disease, but it doesn’t make it right.

“The fact that we were able to get a 0-0 draw against Cameroon on Saturday is truly testament to the fortitude of our team and the unity that we’re having to show through this.”