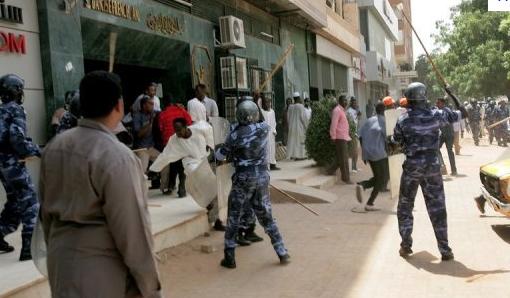 Kassala, Sudan, is a scene of growing student protests against the Sudanese government.

On Monday, President Omar al Bashir met with the Parliament to discuss and rationalize the need for the increase in food prices and reduction of fuel consumption. However, the students from the University of Khartoum refused to back down and continued protesting Bashir’s government.

Sudan’s fuel economy struggles with inflation and depreciating currency. Students, supported by civilians from Mayo and Omdurman, marched with slogans that condemned the subsidies on fuel and the increase of fuel prices. Some students also called for an end to the regime.

Police used oppressive force to silence the peaceful protestors. They used obscene amounts of tear gas, which causes  widespread vomiting, fainting and temporary blindness. Warning shots were fired into the air in order to scare the protestors into fleeing.

The leader of the National Umma Party, Sadiq Al-Mahdi, has released an official statement explaining that he and the party are in full solidarity with the protests. He encourages the Sudanese people to keep the demonstrations peaceful.

The Secretary for Political Affairs of the Popular Congress Party, Omar Abdel Salam, has also publicly supported the demonstrations and calls for more. He told radio Dabanga, “These are the sings of a revolution.” Salam encourages students from other universities to participate and support those at the University of Khartoum.

Fuel will stop being subsidized, according to the Consultation Council of the ruling National Congress Party. They have also provided suggestions for restructuring the government.

The students and citizens will continue to protest despite these efforts by the ruling Party. The National Consensus Forces (NCF) have asked the Sudanese  people to wear textile bracelets as part of their condemnation of the ruling Party’s lowering of fuel prices.

The Sudanese are at a very significant turning point in their politics that has the potential to set unprecedented growth opportunities for its people.