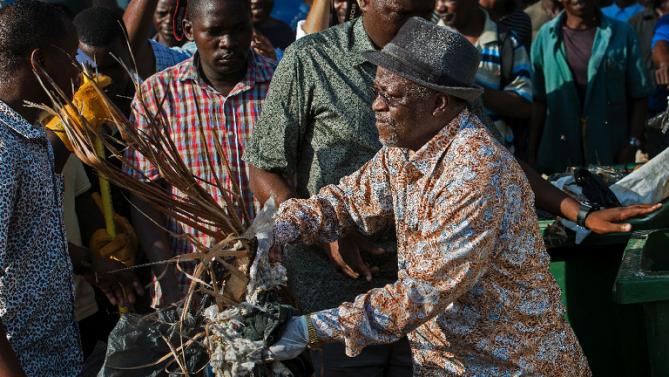 President Magufuli was said to pleasantly shock onlookers as he cleaned rubbish on a nearby street (pictured) to the State House.

About clean-up day, President Magufuli said, “Let us work together to keep our country, cities, homes, and workplaces clean, safe, and healthy.” 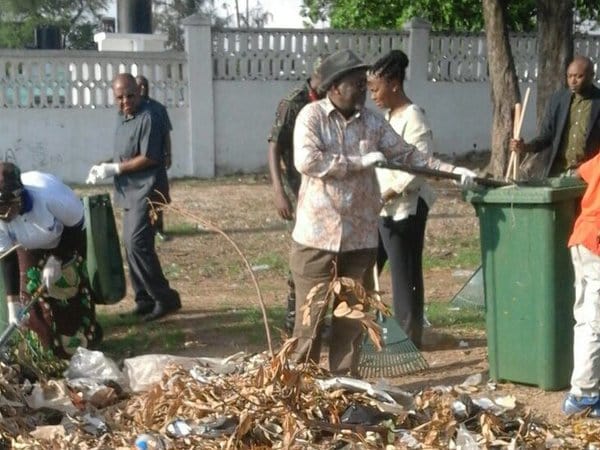 Clean-up day continues President Magufuli’s platform of fighting corruption. For example, at his announcement that Independence Day celebrations would be canceled, he declared that spending the money for the historic day would be “shameful” given the nation’s recent cholera outbreak.

And while it has only been about two months since Magufuli took office, he has already made a number of significant changes that is quickly making him one of the most popular presidents in Africa.

The unexpected cancellation comes on the heels of his ban on government officials traveling to foreign locations unnecessarily.

And after reviewing the costs associated with a Parliament inauguration party, President Magufuli approved a budget of just $7,000 — dramatically downsizing the original $100,000 price tag.

On another occasion, President Magufuli shocked hospital staff, after he made an unannounced visit.

The main state hospital head was immediately fired once the President discovered patients sleeping on the facility’s floor.

Of President Magufuli’s refreshing approach, one resident reportedly told the AFP while on  break from cleaning the city’s public beach, “Tanzania has changed — this is a new Tanzania.” 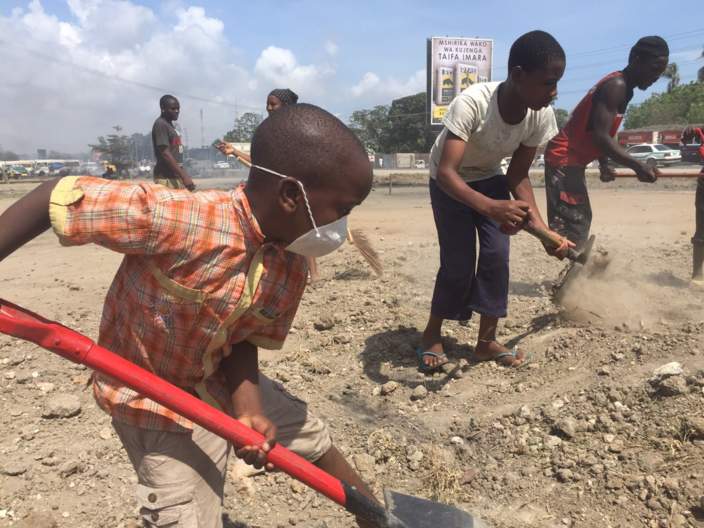 Magufuli’s actions have also spurred the hashtag #WhatWouldMagufuliDo as Tanzanians and Africans across the continent laud the President for his courageous actions:

I guess @UKenyatta hasn’t been following #WhatWouldMagufuliDo If he had, he would have sent two people….. https://t.co/mULKiXrPQP

Many have also used the hashtag to poke light fun at Magufuli’s new austerity measures:

He wanted to buy a TV stand but then remembered #WhatWouldMagufuliDo pic.twitter.com/uGUulKPidb

My tweep wants a new set of briefs but then again he asked himself #WhatWouldMagufuliDo pic.twitter.com/odHOHBCrbJ

I wanted my ex to picture me rolling but then i thought #whatwouldmagufulido pic.twitter.com/Gm4QzvCdfk

You have money to buy dresses but u know you won’t win the pageant. Then you think #WhatWouldMagufuliDo pic.twitter.com/UajhtPh7H5