His involvement in politics and later military activities have made many people forget that Emmanuel Ifeajuna was the first ever black African to win a gold medal.

Born in Nigeria in 1935, Ifeajuna was a high jumper, a skill he learnt while still in school. He participated in national competitions including the 1954 Nigerian Athletics Championships that saw him establish his name as a prolific high jumper. After jumping 6 foot 5.5 inches (1.97 m) at this competition, he qualified to represent his country at the 1954 British Empire and Commonwealth Games.

While in Vancouver where the competition took place, Ifeajuna broke both the competition and the British Empire records in high jump. He did all this without his right shoe. He was considered a hero and received such a grand welcome, complete with a parade when he returned to Nigeria after the competition. He became such a celebrity that his photo was used on the cover of exercise books in Nigeria. 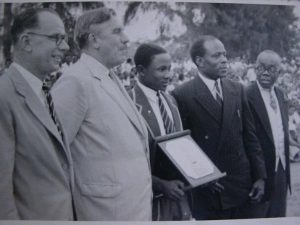 He, however, stopped training in the game and opted to go back to school. He joined the University College of Ibadan, where he became involved in student politics and became friends with some of Nigeria’s biggest poets, J.P Clark and Christopher Okigbo. Ifeajuna would organise a number of protests, but would not participate in many of them according to the accounts of his friends and schoolmates.

After completing his university studies, he went to Abeokuta to teach but left the profession in 1960 to join the military. Because of his education, Ifeajuna rose the ranks to become a Major in 1966. 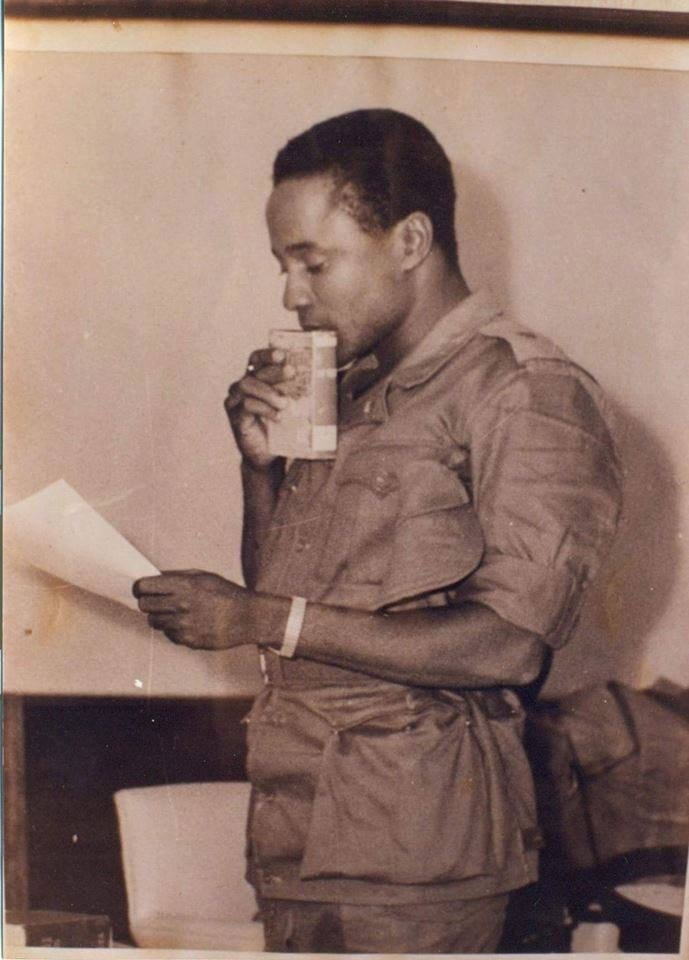 It is recorded that Ifeajuna not only arrested then-Prime Minister Abubakar Tafawa Balewa (who later died in detention) but also killed other army officials including Brigadier Zakariya Maimalari, who had come to him for help and  Lieutenant Colonel Abogo Largema.

The coup was prevented by Major-General Johnson Aguiyi-Ironsi, who later took over power to become the first military head of state.  Following the failure of the coup, Ifeajuna had no choice but to run away. With the help of his friends, he travelled to Benin and headed to Ghana where he was welcomed by Kwame Nkrumah.

His stay in Ghana was shortlived as Nkrumah’s government would be overthrown shortly afterwards. He returned to Nigeria amid assurances from Emeka Ojukwu, who would later become the leader of the Republic of Biafra, that his life was not at risk.

Ifeajuna got back into the military and became part of the Biafran Army. However, Ojukwu would accuse Ifeajuna and other top military leaders of treason in 1967. He claimed that Ifeajuna and his mates were busy negotiating with Nigeria via the British and wanted to overthrow him and take power for themselves.

In a hastily-conducted trial, Ifeajuna was sentenced to death by firing squad and was executed on September 25, 1967. According to reports, his last words were:

You may kill me now, but I am afraid it is too late. I am sorry for you all because it won’t be long before they get all of you.  The Nigerians are already in your midst.”

Compared to most of the 1966 coup planners and the leaders of the Biafran revolution, Ifeajuna has not been featured prominently in Nigerian history.

He left behind an unpublished manuscript about the January 1966 coup that caught the attention of many people who believed that it would reveal some facts about the event.