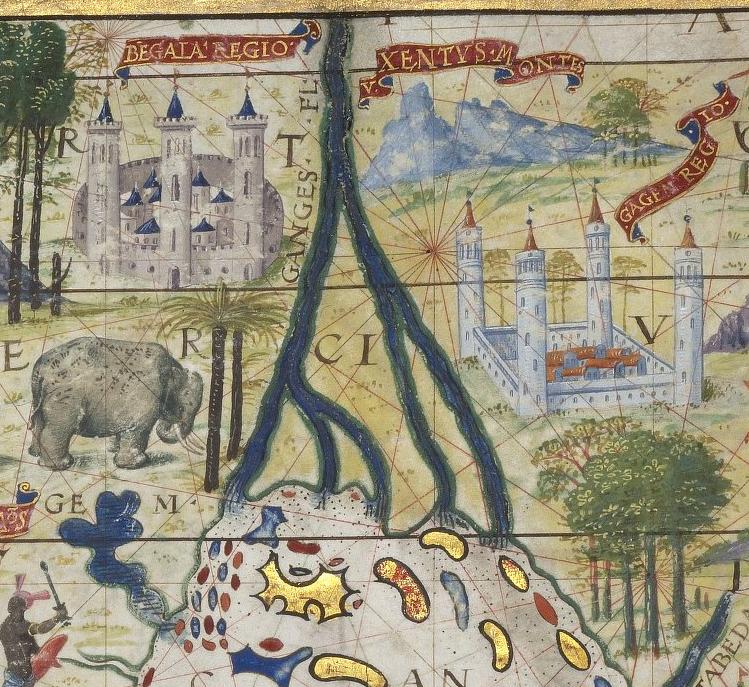 The Bengal Sultanate, shown as the Ganges Delta, in the Portuguese Miller Atlas map from 1519. Photo: Wiki CC

Shah is believed to be the first Indian of African descent to rule over an Indian state in 1487. Born as Barbak Shahzada, he was the founder of the Habshi dynasty of Bengal kingdom after the Abyssinian Army took over the Sultanate. He was the commander of the palace-guards of Jalaluddin Fateh Shah court.

He, however, did not rule for long as he was murdered months later by one of the loyal soldiers to the former dynasties.