Twerking, the hip thrusting, waist wining, booty popping dance most prominent in hip-hop videos, popular in the world, has its roots in Africa. Although traditional dances of the same style are not as hyper-sexualized as today’s variations are, there is no denying that the dance came from West Africa.

The same can be said of capoeira, the distinctive martial art and dance game from Brazil that has become a worldwide phenomenon. The Afro-Brazilian dance is easily recognizable because of its unique style, where practitioners first dance in unison, then attack each other with sudden power, speed, and kicks.

Many historians agree that the dance dates back to the beginnings of Brazil’s slave trade period, about 500 years ago. Indeed, Brazil’s ties to Africa is deep, being the last country in the Western world to abolish and having received an estimated four million, or 40% of the total number of slaves brought to the Americas from Africa.

But still, although historians tie the capoeira to Africa, historians continue to debate exactly how the dance is tied to Africa and its people.

One writer, Mestre Acordeon of Copoeira.bz, has written extensively about this longstanding debate. He details the three main theories surrounding the origins of the dance on his site. 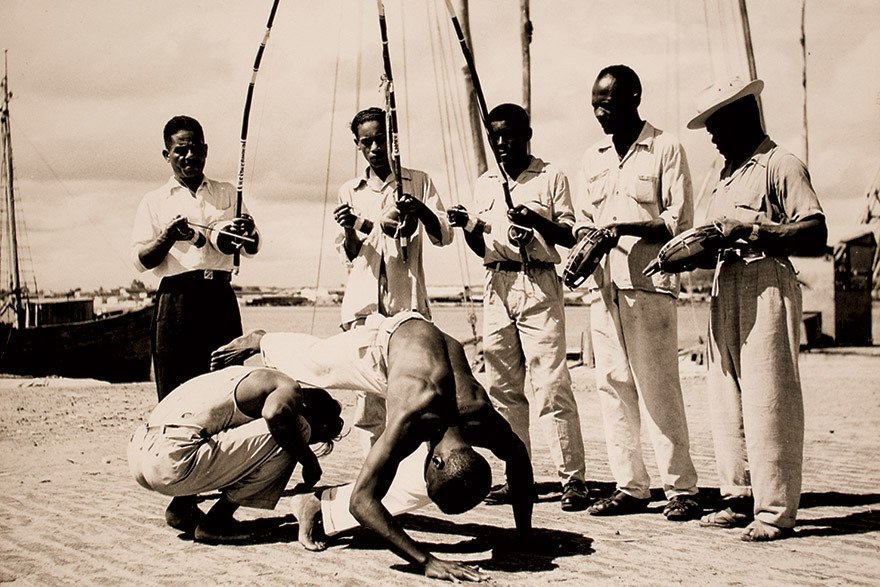 In the first camp are those who purport that capoeira was already formed in Africa before traveling to Brazil. Historian, Beaurepaire-Rohan said in 1889 that “the dance was a kind of athletic game introduced by the Africans…”

In 1960, Portuguese historian Albano de Neves e Souza supported this view, explaining that, “Among the Mucupe in Southern Angola, there is a zebra dance, the n’golo, … The n’golo is capoeira”.

Kongo scholar, Dr. K. Kia Bunseki Fu-Kia, then theorized that “Kipura, in the Kongo cultural context, is … an individual whose techniques of fight or struggle are based or developed on the ground of roosters fighting techniques”. Kipura was, therefore, the root of capoeira. 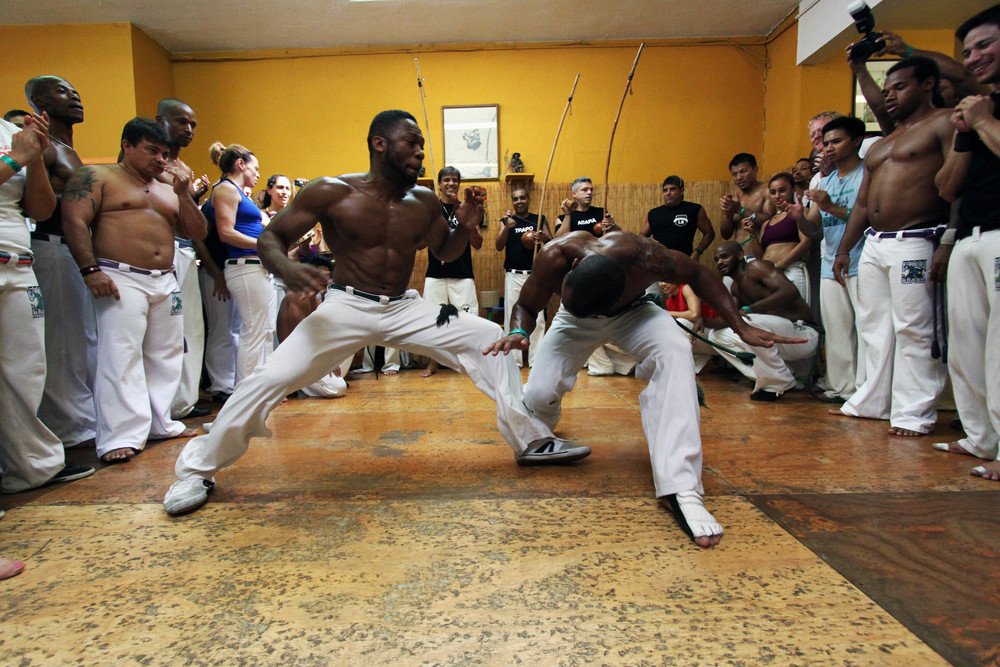 A second group believes that Africans and their descendants in the rural areas of colonial Brazil created the dance. Professor of journalism Augusto Ferreira, wrote in the Journal of Capoeira (1968, vol2: 6), that “capoeira was born out of a ‘burning desire for freedom’, developing its structure as a fight in the the quilombos, back-country villages formed by runaway slaves”.

Mestre Acordeon writes that many practitioners believe this theory of the dance’s development by runaway slaves. The Library of Congress supports this view, sharing,

“During the colonial period, slaves who were able to escape from the farms found refuge in hidden areas called quilombos.  The slaves gathered in open areas in the forest to perform a dance/fight, which was named capoeira, as a means of survival and cultural expression.  The performance received its name, most likely, because of the place where it was performed, a capoeira, or, in an open area.

As a recreational form, capoeira was played as a means to demonstrate the slaves’ feelings and hopes, and also to attack their owners…”

In fact, historians say that slaves found practising the dance were whipped, while tied to trees, often to the point of death. 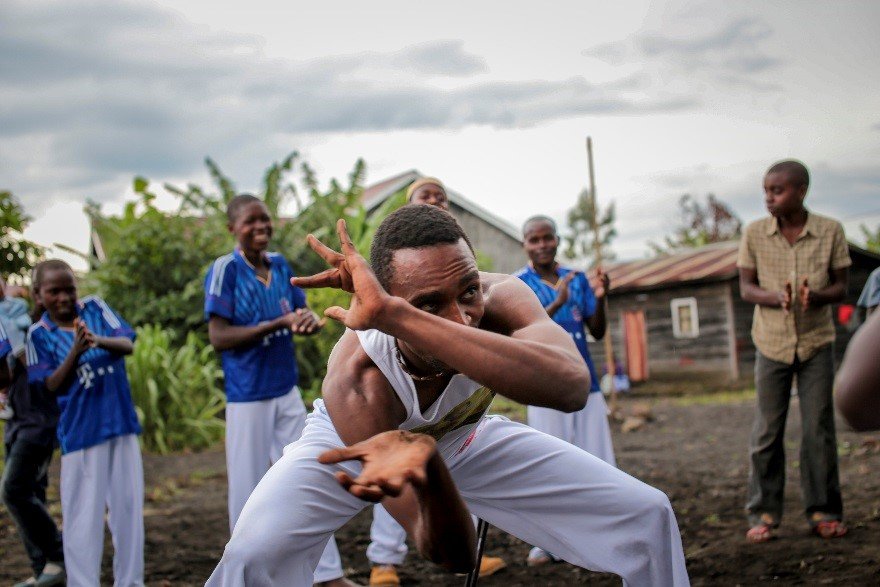 Capoiera is a tool for piece, UNICEF ConnectFinally, historians say that capoeira was created by Africans and their descendants in one of the major Brazilian urban centers.

Author Brasil Gerson explains in his book, History of Rio de Janeiro’s Streets, that on Rua da Praia de D. Manoel, “was a large bird market where the slaves converged carrying their “capoeiras” (baskets) of chickens on their heads. The game of capoeira, Gerson proposed, “was born from the slaves’ pastimes at this market”.

Author, Nestor Capoeira, adds,  “jogo de capoeira did not have an exclusive center of dispersion but sprouted spontaneously in different formats and in various locations materializing in Brazil between 1830 and 1930, a certain archetype existent within the black collective unconscious” in his book, Fundamentos da Malicia (1992).

Capoeira, as it was practised at its inception, has undoubtedly changed, just like twerking has. In fact, its two modern forms, Capoeira Regional and Capoeira Angola have different techniques that speak to the evolving culture of its practitioners. Nonetheless, regardless of the path of its origin and its present incarnation, there is no denying that the war dance which has come to capture the attention of the world, is African.

Watch some video discussion of the subject below: