Struggling to survive the harsh realities of life in the slum, some women have found a glimmer of hope through boxing in Katanga, Kampala, the largest slum in Uganda.

For Hellen Baleke, an amateur female boxer in Uganda, learning to box is not just leisure; it’s the only way to survive in the Katanga slum, where crime is rife. Speaking of her experience, the 24-year-old says she got into boxing at the age of 16, after suffering a horrifying attack by a man in the slum, “He beat me so bad that I started crying and bleeding from the nose,” Baleke told Al Jazeera.

The incident led her to joining the Rhino Boxing Club, where she still trains. 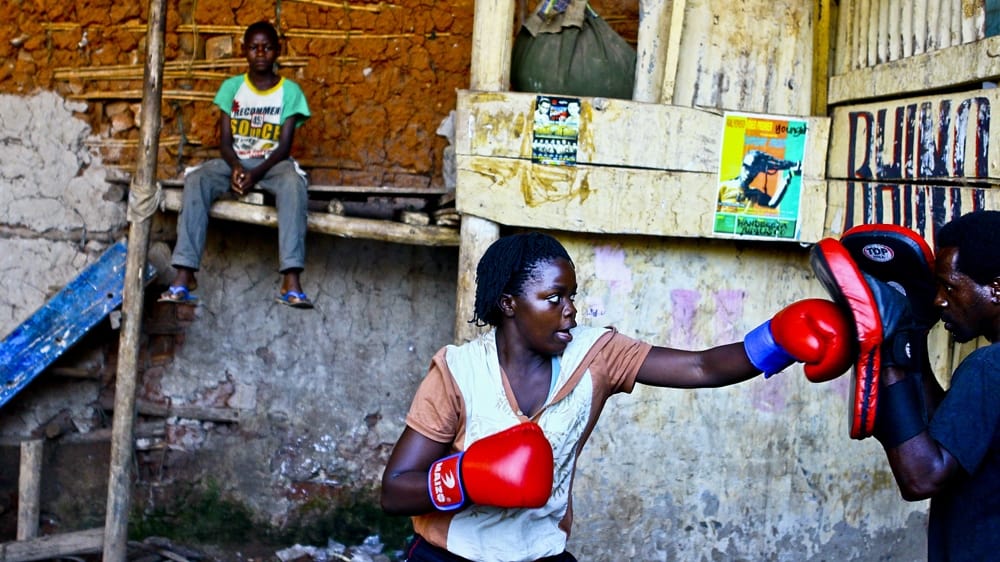 Although she is still an amateur boxer, Baleke has participated in 14 contests in Uganda and neighboring Kenya, and she has already won three medals.

Her feat in the male-dominated sport has attracted other women to the sport, including Baleke’s 20-year-old half-sister Diana Tulyanado, 17-year-old Lydia Nantale, and 23-year-old Morine Nakilyowa.

Baleke, along with her boxing peers, blame the government for showing little interest in female boxers. They say the Ugandan Ministry of Sports has denied them the recognition it has given their male counterparts.

They cite a 2012 incident, when they qualified for the International Boxing Association’s World Amateur Boxing Championships. The government failed to fund their trip to compete in China.

Uganda Professional Boxing Commission Vice President Salim Saad Uhuru blamed the ministry of sports, in particular, for letting the team down and added that corruption has been the major obstacle in growing Uganda’s sporting potential.

“I blame the Ministry of Sports. It has let us down absolutely. If you see the officials who went to the last Olympics, they were more than participants. That is so absurd. How do you pay an official more money than a participant?” Uhuru protested.

While the Ugandan government purportedly carries the biggest blame for its underfunded female boxers, in general, girls and women face a number of other serious challenges.

According to 23-year-old Julliet Segujja, head volunteer for Kids Club Kampala, most of the girls living in Katanga do not go to school at all or are forced to drop out of school at an early age due to early pregnancy and marriage. Poverty has also forced many young girls into prostitution.

But these obstacles have been a motivating factor for Uganda’s female boxers who are determined to succeed in the sport and possibly represent Uganda at future major international tournaments.