An official at the Makerere University in Uganda has been suspended by the university after pictures of him assaulting a student went viral yesterday.

Senior Administrative Assistant Edward Kisuze has also been arrested by the Uganda Police.

The student in question, Rachael Njeri, snapped a photo of Kisuze in the compromising position and posted it on social media.

Njeri had gone to the administrative block of the university to collect her transcripts but was then assaulted in the process.

“As I was looking through [the transcripts], the man who had given them to me turned out to be so inhumane,” she wrote in a statement to the administration.

“I tried to resist his actions but he was stronger than I was. He grabbed me and threw me on the cabinet files at the corner,” she added saying that she hurt her head in the process. 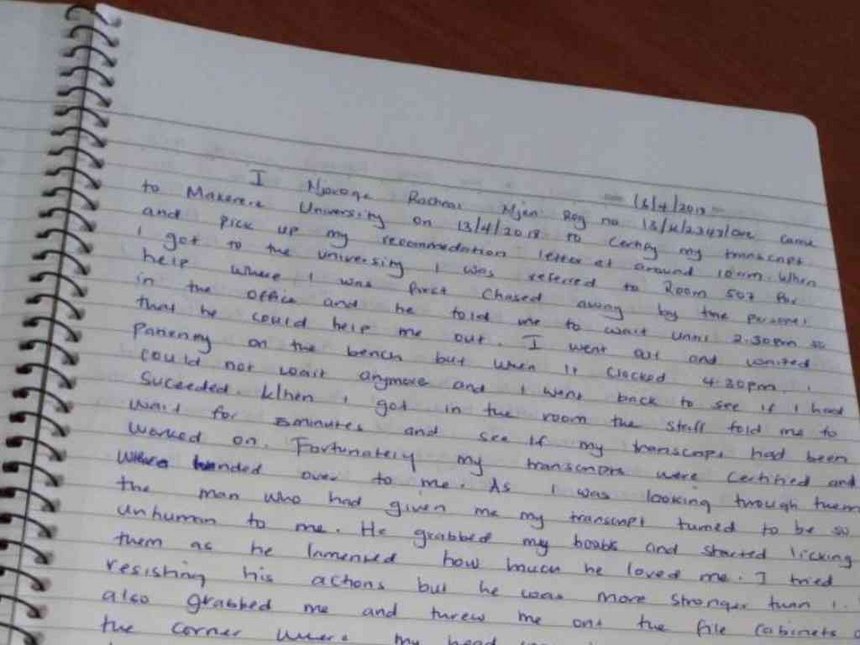 “I hereby suspend you from university service on half pay with immediate effect to allow a smooth investigation into the matter. You are strongly advised to desist from any access to the Senate building premises and interactions with students of Makerere University until investigations are completed,” read the letter.

It is not the first time for the University to be dealing with such a case. Early last month, a student reported a lecturer who attempted to rape her, and in February, a lecturer resigned after he was caught on camera soliciting sex for marks.