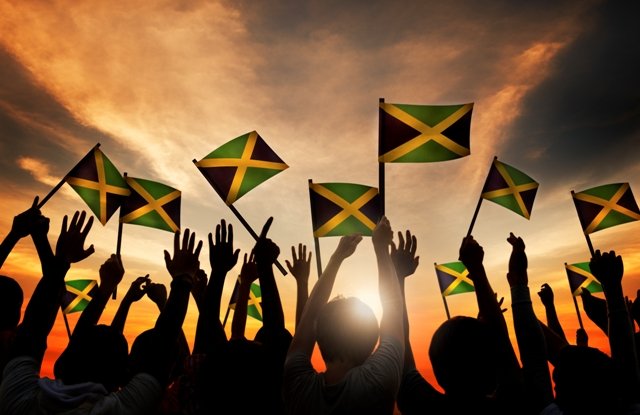 Jamaican Patois or Jamaican Creole is an English-based creole with West African influences that is spoken primarily in Jamaica and its diaspora. The language developed when enslaved Africans from West and Central Africa were “exposed to, learned, and nativized the vernacular and dialectal forms” the English spoken by slave owners. As many of the Africans who survived slavery in Jamaica were of Akan descent, most of the loan words were from the Akan language. Patois words such as “broni” (white parent) and “nana” (grandparent) are the same in Akan.  Patois “bafan” comes from Bɔfran (child) and “casha” from kasɛ́, (thorn). Other African languages from which Patois takes loan words and have been influenced by are Efik, Fula, Igbo, Kongo, Yoruba, Mende, and Wolof.