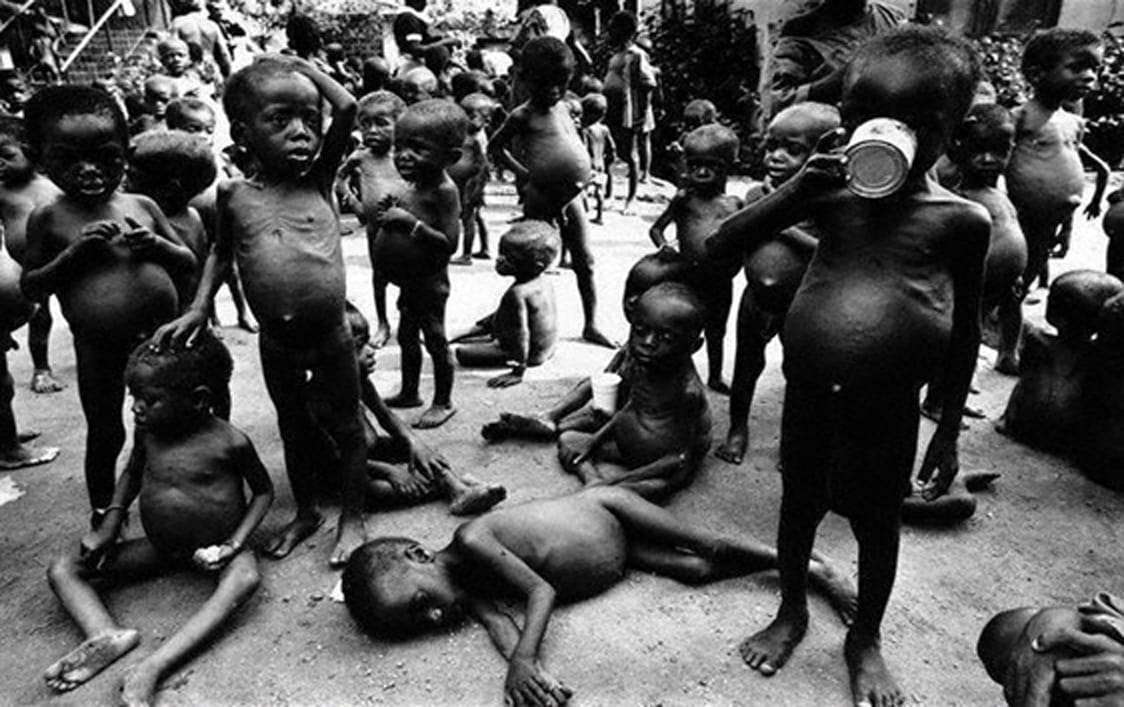 The Nigerian civil war was fought between the Federal forces and secessionist soldiers, most of whom were from Igbo-speaking parts of southeastern Nigeria. A shooting war broke out in July 1967 after the governor of the old Eastern Region, Chukwuemeka Ojukwu, declared an independent Republic of Biafra. Like most wars, the events that led up to the Igbos clamouring for a breakaway from Nigeria and the eventual war are convoluted and continue to be debated.

Nigeria is Africa’s most populous country, and its sheer size was duly reflected in the casualty figure: by the time the surrender of secessionist soldiers ended the Biafran war in January 1970, an estimated 100,000 military combatants had died on both sides.  More than a million civilians – mostly Igbos – are reported to have died, mainly from diseases and starvation due to a food blockade imposed by the Nigerian Federal government in what some groups have come to describe as an act of genocide.