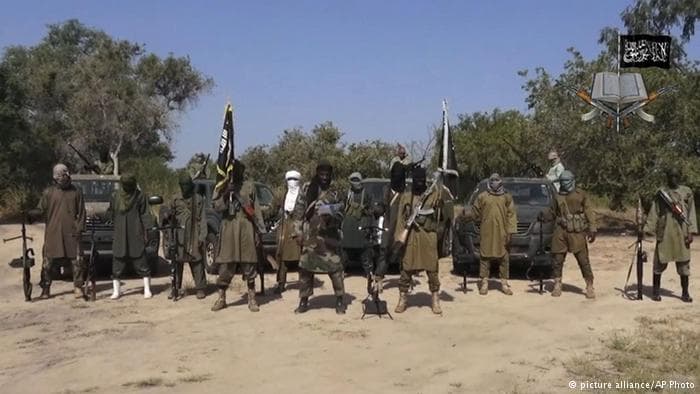 Diabolical Boko Haram leader Abubaker Shekau (pictured) has released yet another video, and this time, he proudly takes responsibility for the Baga massacre that occurred two weeks ago and makes more threats, according to the BBC.

RELATED: Boko Haram Attempt To Kidnap 80 Cameroonians But Are Answered with Strong Defense

In the video that was released on Monday, the alleged leader of the militant group gloated over the destruction that was waged in both Baga and Doron Baga, where humanitarian rights organization Amnesty International determined more than 2,000 lives were lost and about 3,700 structures were razed.

In the 35-minute video, Shekau reportedly says, “We are the ones that carried out the attack, and it is just the tip of the iceberg. There are more coming.”

People were killed “as our Lord instructed us.”

The video also showcases an array of weapons that Shekau attributed to a military base in Doron Baga. Shekau adds, “There is enough weapons collected from Doron Baga to annihilate Nigeria.”

On Sunday, the seemingly indefatigable sect attempted to stage its largest abduction outside of Nigeria, when they kidnapped 80 mostly women and children from Cameroon.

In the dawn hours of Sunday morning, Boko Haram reportedly entered the villages of Maki and Madi, both located near the city of Mokolo, kidnapping dozens of mostly women and children and burning a similar number of houses to the ground.

This is the first time Boko Haram is staging an abduction of this scale outside of Nigeria.

In response, Cameroon’s military took chase after the destructive group as they attempted to escape across the border.

The Cameroonian military were able to recover 24 hostages.

By Tuesday, though, Boko Haram was reportedly at it again in Cameroon, after Shekau promised in one of his recent videos to terrorize the neighboring country if they did not join Boko Haram’s cause.

In the latest reports of fighting, “heavy clashes” were said to have taken place in Bonderi in the far north of Cameroon, near the Nigerian border on Tuesday night.

Meanwhile, officials met in Nigeria to discuss putting together a special regional force to fight the homegrown terrorists that would fall under the African Union.