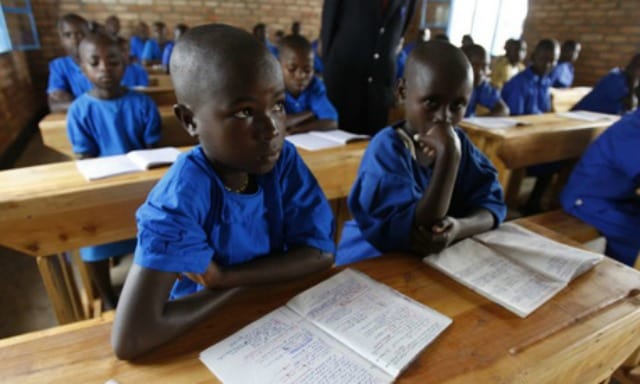 The 1960s were a major period of change on the African continent as many countries began to declare independence from their European colonial masters. African countries asserted their sovereignty and sought to take control of their own economic, political, social, and educational matters.

But almost 60 years after the first sub-Saharan African nation declared independence, African educational systems are still struggling to recuperate and redefine themselves after colonial rule.

Ghana Achieved Independence On This Day In 1957

Why African Languages Are Central to Our Economic, Political Development

Examination of literature with a post-colonial focus reveals common factors and patterns experienced in various educational systems throughout Africa. Although each country, city, and village in Africa has its own unique system of education and administration, the fact that many African nations share the same colonial masters means that there are many similarities.

Despite significant higher education enrollment and attainment, which was nonexistent during colonial times, there are still numerous challenges in African education that have not been addressed (Assie-Lumumba, Mazrui, and Dembele 2013,ps.5-7).

Issues, such as widespread unemployment among graduates, minimal progress in female education, and determining the proper language of instruction, are some of the challenges that must be tackled in order for African educational systems to compete on a global level.

Nyewusira (2012) chronicles the various educational conferences that have convened since 1960 to address issues in African education; African nations were faced with the task of creating primary, secondary, and tertiary educational systems to meet the demand of illiterate Africans (p.15).

Additionally, planning and development directives were needed in order to assist with this daunting task; the United Nations Educational, Scientific, and Cultural Organization (UNESCO) organized most of the conferences and set most of the standards for the 39 participating nations (pgs. 16,18).

However, Africa as a whole still ranks low globally as standards of universal primary education, closing the gender-gap, and increasing enrollment in institutions of higher education have not been met (pgs. 18-19).

Factors, such as political instability, lack of educational policy agendas, and lack of partnership between African nations, (p. 20) are contributing factors to lackluster results. In addition, Western aid, stipulations, and directives have not afforded African nations the opportunity to exercise their sovereignty and problem-solving skills.

Therefore, Muchenje and Goronga (2013) argue that now is the time for African educational systems to research and incorporate indigenous knowledge systems (IKS) instead of relying heavily on Western knowledge  (pgs. 886-887).

IKS was developed to equip youth with life skills and to facilitate the survival of a people through knowledge in health, nutrition, and agriculture (ps. 889, 891-892). And since IKS is connected to culture, it instills pride in the people and creates a competitive set of skills to rival Western education (pgs. 888).

Murove and Mukuka (2007) argue that amid talks about the incorporation of IKS in to African education, particularly higher education, there are still capitalistic factors that hinder practical application (p.217): For example, African universities are funded and influenced by Western-capitalist ideals that ignore and downplay the importance of IKS because they are not viewed as essential to financial gain (pgs. 218-219).

During colonial times, education was one of the main tools to control African mind-sets and economics, and that legacy continues today: Post-colonial education in Africa is a model of its colonial predecessors. More than 60 years after the first African independence movement, African nations remain underdeveloped and African educational systems continue to struggle.

As aforementioned, it is also no secret that indigenous African languages are not taught in the majority of African schools and institutions of higher learning. Language is connected to thought processes, value systems, and culture; a rejection of your traditional language is a rejection of a major part of your identity. Language politics contribute greatly to the underdevelopment of African economies.

It is important to have a thorough understanding of how the educational system has reached its current state in order to identify areas of improvement and to determine how to address these issues.

Africans must take charge of their educational systems and take pride in their culture. We live in a world that is dominated by Eurocentric ideals, yet there is still room for African expression and thought. Cultures can continue to exist adjacently and interactively with one another without one culture being ignored and another being promoted. It is time for African education to reflect African values and benefit all African people.