Formerly known as the Ivory Coast, this West Africa country officially uses its French name, Côte d’Ivoire (pronounced kot dee-VWAHR). The geography ranges from coastal beaches and forests in the south to a savanna plateau in the north. Muslims, who make up 40 percent of the population, live mostly in the north, while Christians (35 percent) mostly inhabit the south. The country has 60 ethnic groups; the Baoule, inhabiting the central region, is the largest group. The dominance of the Baoule in running the country since independence is a major issue with other groups.

This former French colony gained independence in 1960, but only held its first multiparty elections in 1990. Felix Houphouet-Boigny (a Baoule) was president from 1960 until his death in 1993. His home village, Yamoussoukro, was designated the capital in 1983 (most government functions remain in Abidjan). Yamoussoukro was also the site of an extravagant replica of Rome’s St. Peter’s Basilica. Once a model of stability, the country in 1999 started slipping into the kind of tribal strife that has plagued many African countries. Violence between northerners and southerners in 2000 destroyed churches and mosques and killed dozens of people. In 2002 a failed coup turned into a rebellion that split the country in two. Rebel forces gained control of a large area in the north, including the major cities of Korhogo, Bouaké, and Man. The political crisis, combined with low commodity prices, caused personal income to decrease, while unemployment and urban migration increased. Dependent on such commodities as cacao and coffee, which are subject to drastic price swings, this once prosperous nation faces ongoing economic problems. 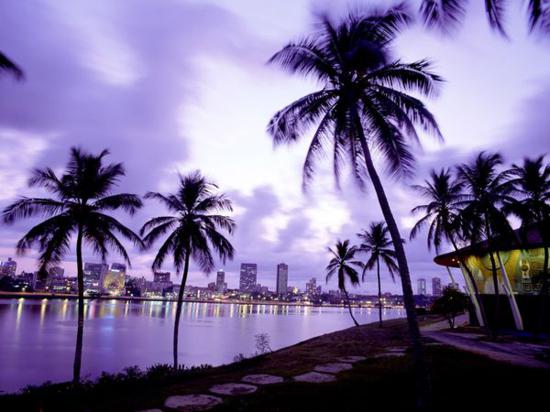