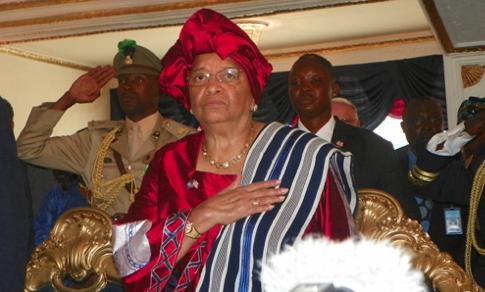 Liberian President Ellen Sirleaf Johnson has suspended her son, Charles Sirleaf, from his position as central bank deputy governor . Charles was among 46 officials who refused to disclose their assets as part of an ongoing anti-corruption investigation.

Critics are accusing President Johnson of Nepotism with the appointment of three of her sons to high government positions after becoming the president. Her son, Fumba, was appointed as the head of the National Security Agency and the other son, Robert, was appointed as a senior advisor and chairman of the state-owed National Oil company of Liberia.

President Sirleaf came into power in 2005, only a few years after a civil war that debilitated liberia. She has received many acclamations for her efforts to restore social and economic stability to the country, including a Nobel Peace Prize last year.

Corruption remains one of Liberia’s biggest challenges. In a statement released by the president’s office, the 46 officials who have been suspended will remain suspended until they comply with investigators and release their assets.