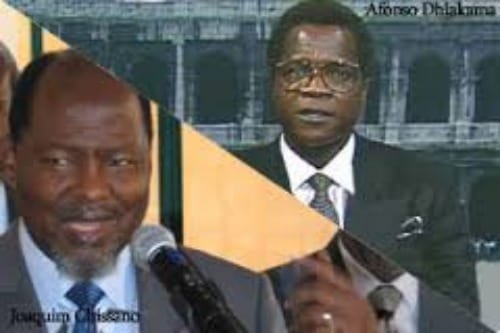 Just after Mozambique gained its independence from Portugal in 1975, a civil war raged between the anti-Communist Mozambican National Resistance (RENAMO) and the ruling Mozambique Liberation Front (FRELIMO). The conflict ended when President Joaquim Chissano and RENAMO leader Afonso Dhlakama agreed to sign a peace treaty to end the nearly 15-plus years of clashing on this day in 1992.

SEE ALSO: Anti-Apartheid Activist Mapetla Mohapi Died In Custody On This Day in 1976

The leaders met in Rome, and the talk was led by Italy’s Foreign Minister, Emilio Colombo. President Chissano and Dhlakama both wanted an end to the war, which claimed around 1 million lives due to skirmishes, famine, and other factors. There was also a drought in the Southeastern nation that also had a severe impact.

Chissano, who addressed Dhlakama as “dear brother” during the talks, was first taken aback that RENAMO forces did not take his offer of an immediate cease fire agreement. The rebels rebuffed the offer, saying that the agreement needed certain measures in place before officially going into effect. Zimbabwe’s President, Robert Mugabe, was the first to get the warring leaders to open discussions. Mugabe praised the decision signed by the pair.

The Rome General Peace Accords was officially enacted on October 15, 1992, this after the leaders signed another document on October 4th. A United Nations peacekeeping force oversaw the transition of power for two years. Democratic elections were held in October 1994.

SEE ALSO: African Leaders Impose Sanctions Against Burundi On This Day in 1996