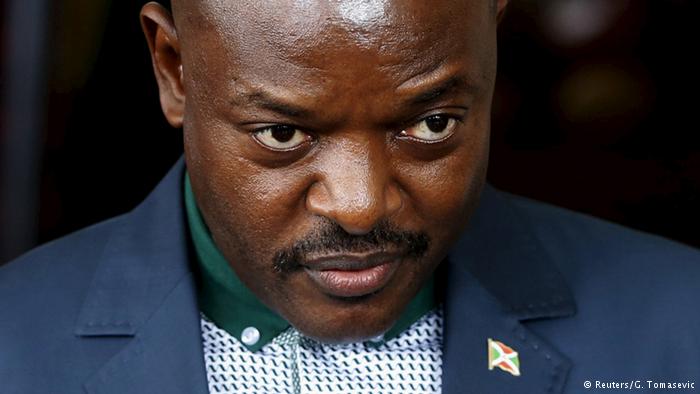 Defying critics — both locally and abroad — Pierre Nkurunziza (pictured) was sworn in to office as president of Burundi for the third time on Thursday, reports the BBC.

Nkurunziza, who has been in power since 2005, had already served two terms, but argued that since he was initially elected by Parliament — rather than the people — he could run again, even though the Burundi Constitution states that a president must only run for two terms of five years each.

The nomination caused thousands of Burundians to flee to neighboring countries, such as Tanzania, Rwanda, and the Democratic Republic of Congo.

And for many who remained, they protested in the streets, with even an unsuccessful coup taking place by Major General Godefroid Niyombare in May.

It wasn’t long, though, before Nkurunziza would return to his homeland, re-establishing his power.

On Thursday, the President was sworn in for the third time, surprising most since the ceremony was originally scheduled to take place next week.

Due to the date change, no foreign head of state was in attendance.

And for the first time in history, the African Union refused to be present for the occasion, with the BBC reporting, “[This] is the first time it has taken such a stance against a member state.”

The U.S. State Department and the European Union also heavily criticized President Nkurunziza for his re-appointment.

But no matter, at the ceremony, President Nkurunziza told attendees in his inauguration speech that he would end violence in the country in the next two months.