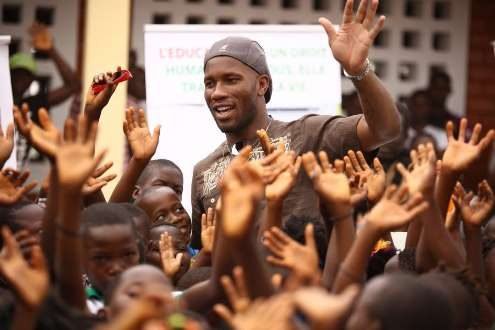 Former Ivorian football star, Didier Drogba through his foundation, has recently established a school in the Ivory Coast targeted at enabling children in the village of Onahio Pokou-Kouamekro to have access to quality education.

The school is partly funded by Nestlé and the International Cocoa Initiative. The facility includes classrooms, a kindergarten, a canteen, latrines, a football field and accommodation facilities for teachers. It replaces an existing school in Pokou-Kouamekro which was made of mud and lacked the necessary infrastructure.

Drogba has in the past announced plans to build a hospital in his hometown.

Proud of the opening of the first school from The Didier Drogba Foundation today in Côte d’Ivoire ?? the first one we built ???? pic.twitter.com/5bdbHreKLq

Didier Drogba plays for American Club Phoenix Rising. He is the all-time top scorer and former captain of the Ivorian national team.