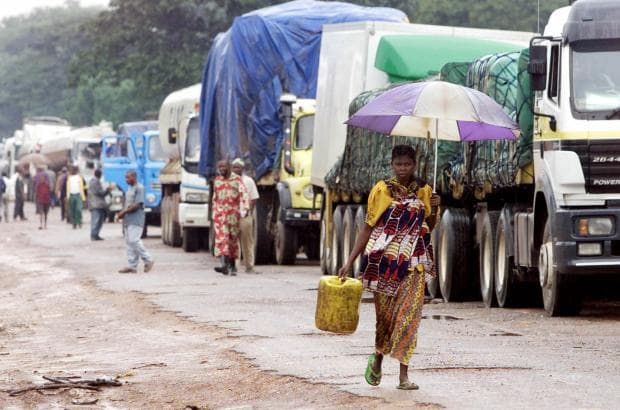 Hawai, Center Region, Cameroon (Face2Face Africa) Cameroonian long distance truck drivers in the locality of Hawai, found in the center region of the Republic of Cameroon, have been schooled on the need to prevent and protect themselves against HIV/AIDS virus. The campaign also consisted of mounting billboards of 4 by 3 meters on major stoppage points that drivers use and placing humorists’ educational talks on CDs for drivers.

Cameroon’s Minister of Public Health, Andre Mama Fouda, launched the campaign over the weekend. He was accompanied by the Executive Director of UNAIDS and Under Secretary General of the United Nations Mr. Michel Sidibe as well as other dignitaries.

According to a study that was carried out by the organizers of the campaign, in 2014, the Association of Social Marketing (ACMS) pinpointed the locality of Hawai, which is situated some 41 km from Yaoundé, as a meeting point where more than 100 trucks per day transport goods to neighboring countries, such as Central African Republic, Chad, and the three northern regions in the republic.

These drivers spend most nights away from home and risk being infected by the virus when they engage in sexual activity on the road.

With the current rate of HIV/AIDS among drivers standing at 16 percent, the campaign was developed to help alert the drivers about the virus

Consequently, Minister Mama Fouda told the press that the campaign could help reduce the prevalence rate of HIV/AIDS among vulnerable people, “Our strategic plan is to intensify efforts to reduce the rate of those people who stand vulnerable to contracting the virus.

“In this light, long distance truck drivers constitute a group where we have a high prevalence rate of 16 percent…of the republic’s total population of about 20 million people .We think that with our partners deeply involved in this campaign, we will be able to reduce bit-by-bit new infections.”

To the Executive Director of UNAIDS and Under Secretary General of the United Nations, Sidibe said, “This campaign is very important because we have been able to demonstrate that we can win against the pandemic. A few years ago, people were saying that we could not even reduce the number of new infections and put people on treatment.

“But today, we have almost 15 million people on treatment. Our challenge is that we are not capable of reaching those people most at risk…and surely truck drivers targeted in this campaign will certainly help to equip them with knowledge, information, and the capacity to better negotiate their sexual relationship in a responsible manner.”