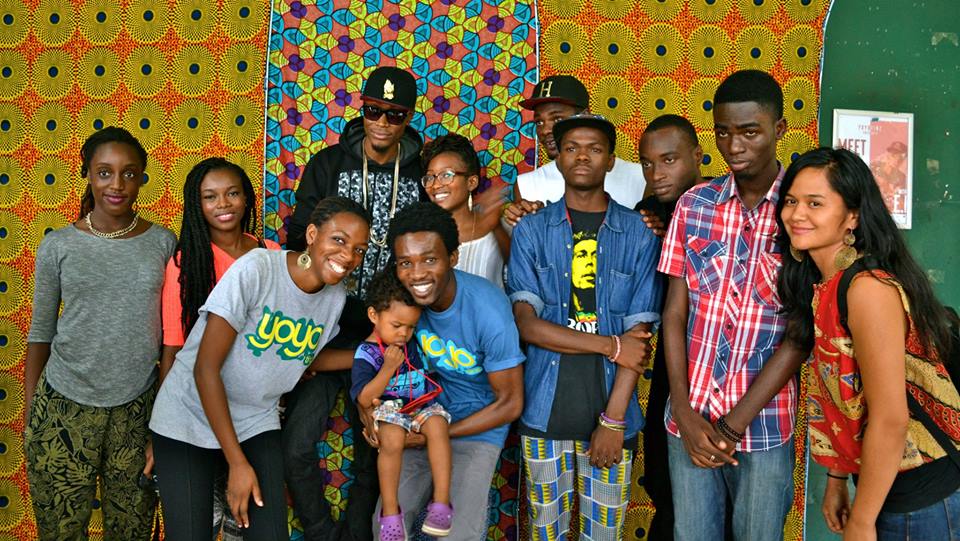 Yoyo Tinz’s primary objective is to promote, document, and archive Ghanaian hip-hop culture through workshops and events… and that is why they need your help to represent Ghana in Paris!

The group is the brain behind the “Gintar Tinz Series,” an acoustic music session for talented young artistes, and  “Meet the Artist,” which featured hip-hop acts EL and Blitz the Ambassador.

Yoyo Tinz also partnered with AccraDotAlt on ChaleWote Festival, Blitz’s the Ambassador’s Homecoming Concert, EL’s The B.A.R Concert, and other organizers on a number of events aimed at promoting hip-hop in Ghana.

Selorm Jay, founder of Yoyo Tinz, tells Face2Face Africa why it’s important that they get the necessary support for Paris, “It’s more than just a trip to Paris; going to the Paris Hip-Hop Festival is the opportunity for yoyo tinz, a Ghanaian hip-hop organization, to be recognized as such among other professionals in the hip-hop field.

“Also, most of the artistic exchanges are from North to South. It’s interesting to note that a Western organization wants to learn from a Ghanaian one.”

Jay adds, “The whole objective of the trip is to learn from professionals, introduce Ghanaian artistes to French artistes and also pick some ideas on how to organize the Yoyo Tinz hip hop festival and make it a successful one that won’t only be patronized by Ghanaians but by people all around the world.”

This year’s Paris Hip-Hop Festival will take place from Friday, June 19th, to Sunday, July 6th, in Paris and its surrounding cities, such as Sevran, Ivry sur Seine, Aubervilliers, Clichy sous Bois, Clichy la Garenne, Saint Quen, and many others.