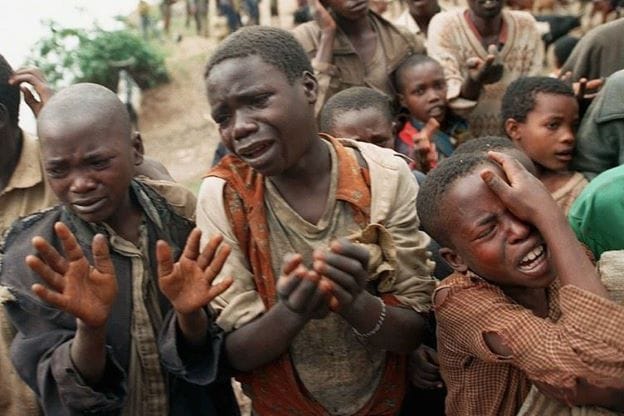 Rwandan refugee children plead with Zairean soldiers to allow them across a bridge separating Rwanda and Zaire where their mothers had crossed moments earlier before the soldiers closed the border on 20 August 1994.

The Rwanda Civil War of 1994 and the ensuing genocide led to the fleeing of thousands of Rwandans in to neighboring Zaire (now Congo). On this day in 1994, Zairian military officials sealed its borders, preventing Rwandans from going home.

SEE ALSO: Gambia President Dawda Jawara Ousted from Power on This Day in 1994 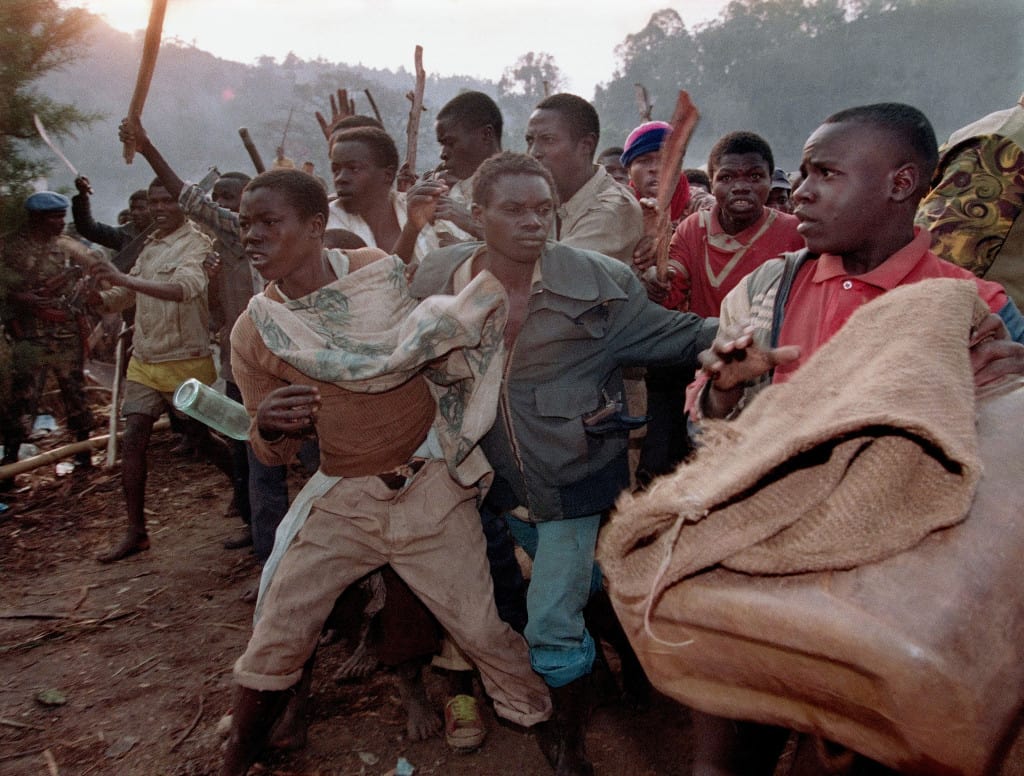 On Saturday, July 23, 1994, Zairian troops closed down the border because live ammunition along the road set a dangerous path for the Rwandans. In the city of Goma, where thousands of refugees gathered, United Nations officials prematurely cleared the Rwandans to return to their homes and were set to negotiate with the city’s governor that day. 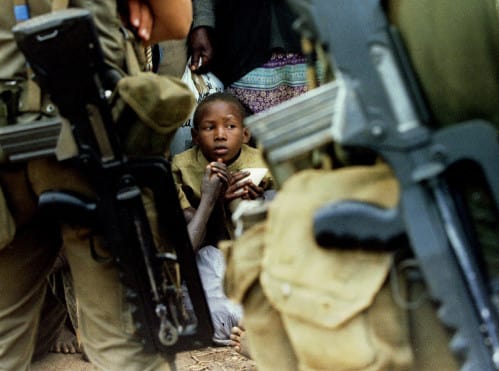 Even more troubling, disease and crime raged throughout the border camps, including a deadly spread of cholera. The UN reported that the situation was worsening as it couldn’t deliver supplies in a quick fashion. Also, Rwandans, who were tiring of the conditions, simply wanted to return home. 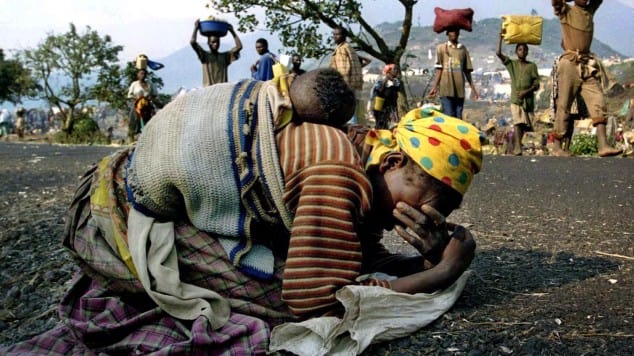 International assistance was impending, as France sent its Health Minister to the region to monitor relief efforts in a multi-national effort. Philippe Dousty-Blazy called on other nations to support the French government’s refugee assistance initiative. The United States sent troops on the ground to also aid refugees, with then-President Bill Clinton promising aid and to send medical and engineering personnel to the region.

In all, the United States government gave around $76 million to relief efforts. Despite the efforts of the Tutsi rebels and their claims of victory, the borders were reopened two days later as reported by the New York Times at the time. More than 1.2 million refugees made the exodus in to Zaire and were personally greeted by Zaire’s Prime Minister Kengo wa Dondo who led the reopening proceedings.