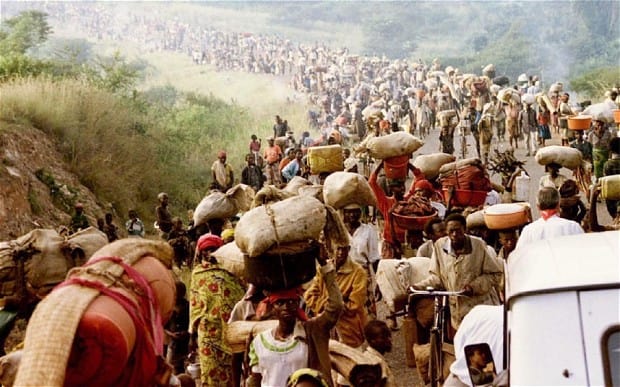 Generally regarded as an indictment on global declarations of a common or shared humanity, the Rwandan genocide is indeed one of the worst moments in the history of mankind. The rest of the world stood by and watched the mass slaughter in Central Africa and did nothing. Many consider the genocide a spinoff of the Rwandan civil war that went on from 1990-1994. The genocidal killings were sparked when the airplane carrying the Rwandan president (who was Hutu) was shot down on its descent into Kigali.

The genocide itself lasted barely 3 months, but it was one the most efficient mass killing operations ever. Hundreds of thousands of Tutsis and moderate Hutus were hacked to death – often by their former neighbours, friends, or colleagues, who were being motivated by hate messages and propaganda delivered over the radio. The killings were intimate and sickening as marauding bands of militias armed with nothing but machetes and cudgels butchered their fellow citizens in broad daylight. When hostilities ended 4 months later in August, an estimated 1 million people had lost their lives. Many more would die later from malnutrition and communicable diseases in refugee camps.