For many years, a lot of Black women have felt intimidated to wear swimming lingerie for fear of exposing their dark skin. It is for this reason that 47-year-old Sadia Sisay, a Black British fashion designer and entrepreneur, has decided to create a special type of lingerie that encourages Black women and other women of color to embrace their skin tone and body shape.

With her new brand, beingU, Sisay hopes to make women of color feel treasured and beautiful by wearing beautiful underwear designed with their body in mind. In a statement sent to Face2Face Africa, Sadia insists that making women feel visible is at the core of her brand.

“I’ve spent over 30 years searching for gorgeous underwear to suit my skin tone and body shape and this is the first range that addresses these things,” she explained.

She added that a recent survey conducted by beingU revealed that a staggering 80 percent of women interviewed in the U.S. and U.K. said they always encounter problems when looking for lingerie that matches their skin tone.

Sisay’s main motivation is the idea that women should always feel valued in everything they do.

She reveals that the idea to design lingerie that matches a woman’s skin tone was born out of watching her daughter grow into a young lady in an environment where her skin tone is often underrepresented.

With the new undergarment, Sisay hopes that her 21-year-old daughter will grow up in a world that celebrates women of all shapes, shades and sizes.

Her brand, which will be officially launched in February 2017, consists of three types of lingerie, namely; Kobicha (a shiny mesh collection with a three-piece bra and a high-waist brief), Yendi (a molded bra with padded straps and perfectly-positioned boy shorts), and Rosa (a lightly-lined bra with a deep V neckline and a high-waist thong).

Sisay was born in Sierra Leone and relocated to the United Kingdom when she was 16. She trained as a cancer nurse and then worked in the pharmaceutical industry until 2008 when she decided to quit and start her own business. 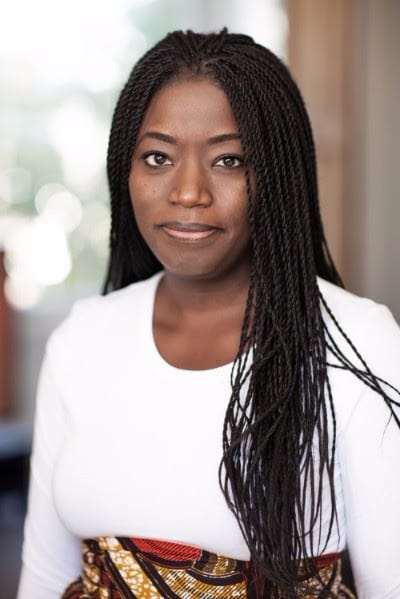 She first tried to launch the brand in 2011 but soon decided to put it on hold due to some personal challenges.