Some Africans and Europeans alike are going bonkers over the ongoing practice by which former French colonies are still using the 1945 currency imposed on them by France.

The vital topic has been one of the subjects of conversation for over a decade regarding France and its colonial heritage.

General Charles de Gaulle in a bid to bring together former colonies into the Franc Zone decreed the use of the franc of the African Financial Community (CFA) within the colonies in West and Central Africa.

The installation of the currency came in the wake of dwindling France’s economy after World War II. It was a system to help France and its African colonies recover.

To this day, 14 Francophone African countries in West and Central Africa, excluding Guinea, which rejected everything French and currently has its own currency, use the CFA.  They are Benin, Burkina Faso, Ivory Coast, Guinea-Bissau, Mali, Niger, Senegal and Togo and Cameroon, under West African Economic and Monetary Union (WAEMU) and the Central African Republic, Chad, Congo, Equatorial Guinea and Gabon under Communauté Economique et Monétaire de l’Afrique Centrale (CEMAC).

This homogenous monetary system has four main pillars: a standard exchange rate with the Euro; a guarantee of unlimited convertibility of CFA francs into euros; a centralisation of foreign exchange reserves; and a principle of free capital transfer within the franc zone.

These pillars have brought about a lot of complaints from African countries, one of which is the inability of these countries to control their own currency. Not only are these countries unable to adjust the money according to their needs but also cannot access other foreign exchange markets.

The guarantee of unlimited convertibility into Euros also has a downside: that in most places the Euro is the only currency available for exchange to the CFA. franc  The CFA Franc is not as popular as the Euro and this fact locks it out of quite a number of forex markets, placing African users at a disadvantage. The two versions of the CFA are also not interchangeable within the two African blocs despite having the same value (currently at 655.957 CFA Franc to 1 euro).

The argument that the CFA franc is a way of maintaining economic stability in the Franc zone has also been criticised as it does not look into the effects including slow economic growth and low employment rates. Further, it does not prevent some of Francophone cities from being the most expensive in the world.

The CFA franc has also been considered an obstacle to exports and encouraging imports, an imbalance that benefits France and Eurozone economies.  This also implies that trade in these countries has largely been with France and Europe as compared to their counterparts.

Additionally, the CFA countries need to maintain a billion dollar balance in France in the centralised exchange reserve.  Currently, the obligatory reserve held is USD 20 billion (17 billion euros) for each country.  Additionally, the countries pay a small percentage of interest to France for managing the reserve. Fifty per cent of these reserves has been held by the French Ministry of Finance.

The USD 2o billion reserve exceeds the GDP of some countries with reserves in France. 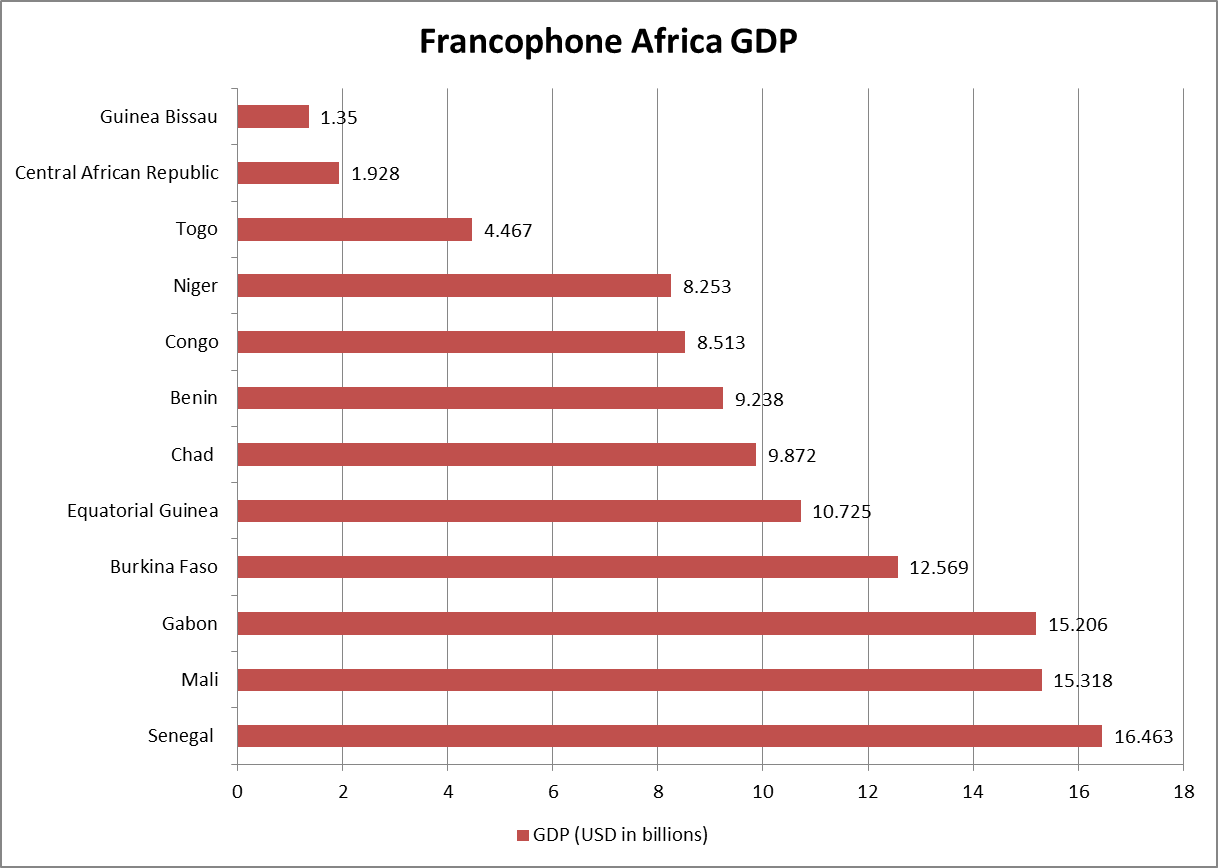 Following years of CFA franc use, citizens in the Franc zone took to the streets in 2017 to demand the governments do away with the legal tender and install local currencies. They complained that the currency limited development and kept the locals in poverty.

The protests came in the heel of the burning of a 5000 CFA note by Senegalese activist, Kemi Seba, who referred to the currency as “an economic and political scandal of the colonial establishment which is killing our people.”

Songs have also been made to call for the abolishment of the CFA by musicians who are political activists.

Another activist, Gius Sagna also said that the abolition of the currency symbolises the stepping away from neo-colonial France. He called for the management of the currency, in whatever form or name, by African states instead of France.

Another critic of the CFA is Chad’s President Idriss Deby, who, in 2015, said that it is an obstacle to the development of the member countries of the CFA zone. He had also stated that as the country is undergoing economic crisis due to falling oil prices and fight with Boko Haram, the money in the reserve could have been more useful in Chad than in France.

The call for the abolishment of the CFA has also been pushed by the increasing interests of the U.S. and China.

However, some governments in the Franc Zone prefer staying in the monetary system than leaving it. In 2017, Gabon’s prime minister, Casimir Oye Mba said that these countries decided to stay in the zone willingly because it is in their interest to do so.

France has been largely quiet over the opposition of CFA franc until 2017 when President Emmanuel Macron stated that the issue depends on the African countries using the currency.

“On this subject, don’t have a simply post-colonial or anti-imperialist approach, it wouldn’t make sense, that’s not imperialism, it’s not true. France will go along with the solution put forward by your leaders,” he told Burkina Faso students in a question-and-answer session.

He added: “If they want to change the name, I’m totally in favour of it. And if they consider that this regional stability should be scrapped altogether and they’ll be better off without it, well I think they’re the ones who decide, so I’m in favour of that.”