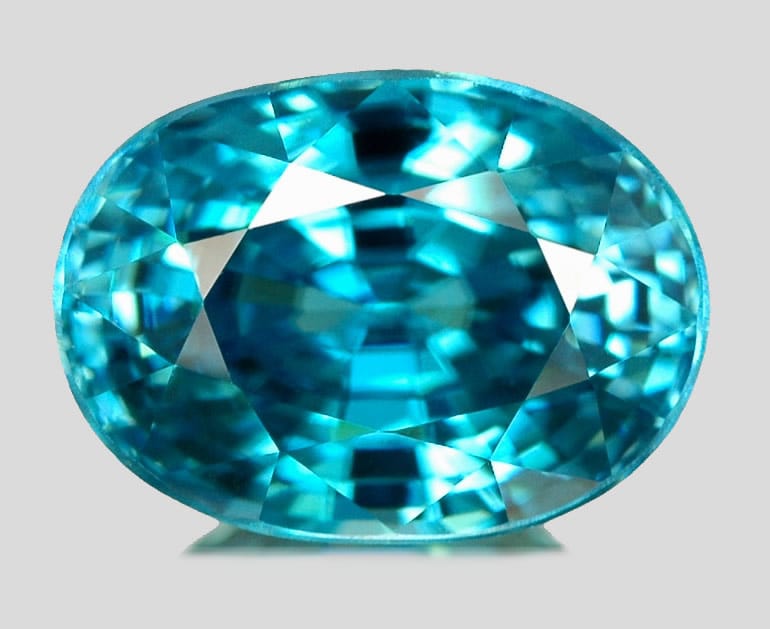 Zircon is a special gemstone belonging to the class of nesosilicates. It forms in silicate dissolves with high levels of high field power discordant elements such as hafnium. The color of Zircon varies from colorless to yello-golden, red, brown, blue and green.

Colorless Zircons, which are considered the best quality, are commonly used as substitutes for diamonds and are locally referred to as “Matura diamond”. Large Zircons are rare. Most Zircons come in small sizes of about 0.1-0.3 mm, but at times they can grow to several centimeters.

This stone is predominantly found on the Limpopo belt in South Africa. The oldest Zircon is said to have a crystallization age of up to 3.95 Ga, and an Hf model age of up to 4.51 Ga. A well saturated blue Zircon crystal goes for $400 per carat.